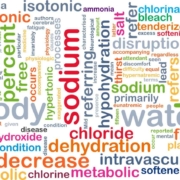 It has been questioned, “How much sodium actually ends up in your drinking water from a salt-based water softener?” It is important to remember that an article can be written with bias. Here are the facts below. You decide if it is acceptable by your dietary standards.

It depends on how hard your water is, which contradicts how much salt is used and then how much sodium is ultimately put into your water. To find out for sure what your sodium content is, you can ask your water company what your most current water hardness measurement was and use this equation- GPG X .46 = Sodium in water. (GPG = Grains per Gallon)- Make sure you use the GPG measurement in this equation. There are a few other measurements used, but they can be converted with an online calculator to GPG’s.

Just to estimate, the average amount of sodium expelled from a salt-based softener in an 8 oz. glass of water is 20-30 mg. of sodium. If you were to drink the recommended 64 oz. of water per day from your sink, you are consuming 160- 240 mg of sodium per day.  That’s the same sodium content as drinking 4-6, 12 oz. cans of soda in a day! It sounds like a lot when you think of it that way. Most will avoid soda when dieting because of sodium and sugar content. However, did you know that there is 204 mg. of sodium in a tablespoon of ketchup? Even more shocking is that there is 120 mg. of sodium in an 8 oz. glass of lowfat milk, and 211 mg. in one piece of whole wheat bread! These are things that most consume as a part of their healthy diet plan without much guilt. I had never paid a lot of attention to the sodium content in my ketchup or whole wheat bread before this research.

Another interesting fact is that the State of Missouri construction standard regulation 19 CSR 30-85.012(117) states that, “Water softeners, if used, shall be connected to the hot water supply only or connected so that water used for cooking and drinking is not softened.” Nursinghomehelp.org states that “the old-style water softening systems increased the salt content of the water connected to the device, which complicated (or had the potential to complicate) resident health issues”. An article written by a Culligan representative added a biased opinion without any direct statement taken from a health care professional, “It is unlikely that a physician would discourage anyone from drinking softened water”. It seems there is enough concern to make it a state statue to not allow it into the diet of the residents in nursing homes. The residents of nursing homes can have more compromised health than a young adult. Livescience.com states that “people with high blood pressure or diabetes, African Americans, and anyone who is age 51 or older, the daily recommendation is 1,500 milligrams of sodium”. A healthy young adult should consume no more than 2300 mg. a day.

Excess sodium in your diet can cause high blood pressure because it holds excess fluid in your body and puts added stress on your heart. High sodium levels in your diet increase your risk of stroke, heart failure, osteoporosis, stomach cancer and kidney disease. And, 1 in 3 Americans will develop high blood pressure in their lifetime. Those are the facts. Eliminating sodium intake as much as possible, could not hurt. What do you think? 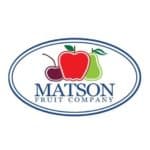 ScaleBlaster –The Perfect Holiday Gift for Any Homeowner!
Scroll to top
Translate »